Choreography and musical performance made for six robots. Duration of the live performance was 20 minutes.
Documentation on DVD available, send mail for request

This work exists because of Pavlov Media Lab (Nathalie Beekman, Thuur Caris & Gerard Harens), who gave me the opportunity to develop this work as a guest artist at their Media Lab.

Idea/concept
Most of the time people project human properties onto their technological environment. It's as though we have a deep-seated wish to understand machines, computers and robots within a human context. We live in a world in which we are surrounded by 'machines made for perfection’. In our world clever machines form a control factor that can take over our decisions and our problem solving. The essential function of a machine is that it can perform the actions that it has been assigned to.

This dance performance researches whether the motion vocabulary of robots can be liberated from their functionality, and instead can get an aesthetic or poetic meaning. Its basic principle is the profound relationship between man and machine. Like Marshall McLuhan stated: “The wheel is the extension of the foot; technology is a magnification of our qualities”. New technologies are therefore a good representation of time. In robots, both our desires for functionality and control are revealed. They are goal orientated and move with great precision and with endless repetition. In the mirror of this technology people almost seem to be obsessive and compulsively addicted to action, control and security. This obsessive compulsion can be seen quite often, because people generally experience the feeling that they are living in a time of big changes, in which we often feel that we no longer have any perspective and have lost control. This causes anxiety and restlessness. The repetition of certain actions then becomes soothing, these so-called obsessive actions get an almost magical meaning through this repetition, and through this ritual we keep anxiety and restlessness under control. Therefore one could call the endless repetitive movements of the robots an obsessive compulsive neurosis.

These themes will be used in the choreography; it is inspired by the (motional-) characteristics of this neurosis and by the motional vocabulary of the robots. The robots have had a functional life; a medical precision robot of the Rijksuniversiteit in Groningen, a respiration machine form the intensive care unit of the Academisch Ziekenhuis Groningen and a ‘pick & place’ robot that functioned at the HBO Techniek in Groningen. Every robot has its own character, sound and physical appearance and characteristic identity. The music for this performance is made by the robots themselves; their characteristic sounds that are produced when they move will be used as a guideline for the composition and choreography.

By making a performance in which hidden poetic meanings are explored in the functional motional language of the robots, the relationship between man and machine is shown. What can the relationship tell us about ourselves? And which human qualities are we able to ascribe to robots? 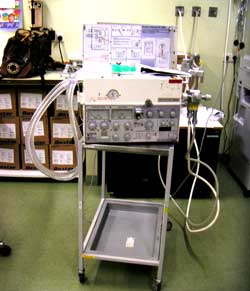 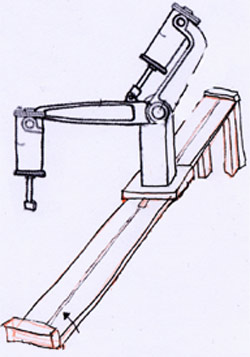 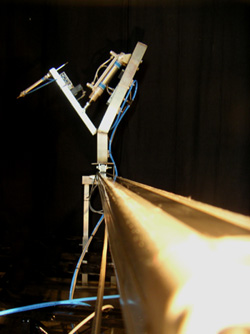 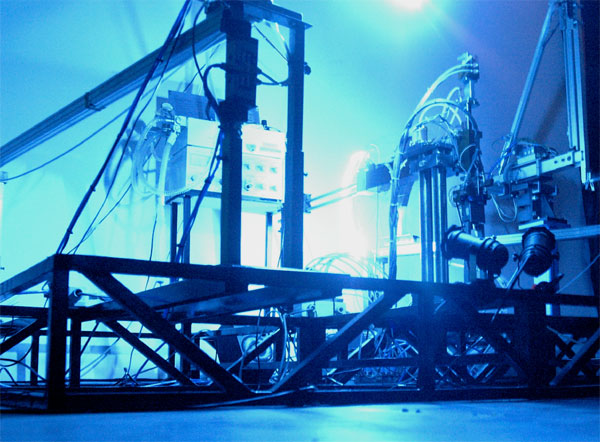 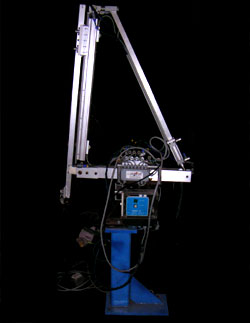 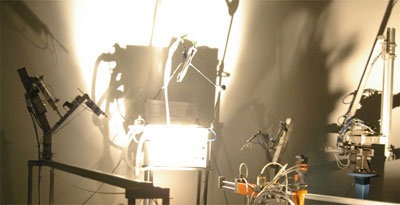 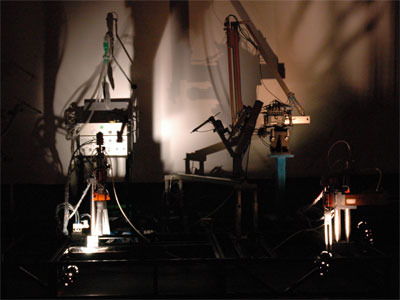 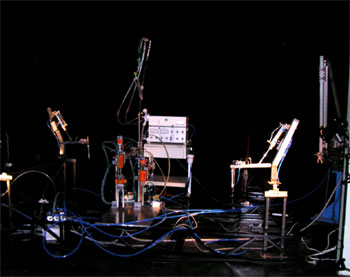 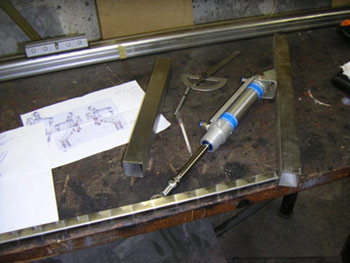 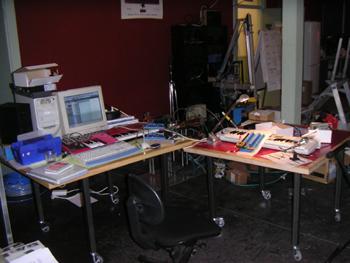 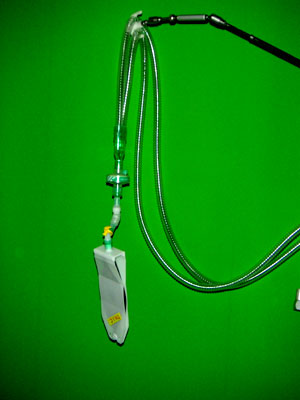 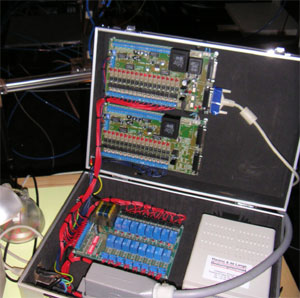 The robots will be connected to a computer interface card and this card is connected with the printerport of a computer. Probably four of these cards (K8OOO Computer Interface Card) are needed in order to connect the 5 robots.

Instead of controlling the robots and creating an interface to do so in Visual Basic, it will be done through CPS. Floris Maathuis, a programmer, theatre technician and freelancer, is going to build a plug-in for CPS, a real-time graphical programming environment. This plug-in will make it possible to control the robots with a keyboard. Cubase will be used to record the movements of the robot made by the keyboard. Using a keyboard will make it much easier for me to create a choreography. Can't wait to get my hands on that!

When this interface has been developed, the next steps will be the making of the choreography and composing a piece of music from the sounds that are produced by the robots themselves. In this final phase the external chorographer will play an advising and coaching role. This means that there will be a number of rehearsals with the robots during which the choreographer can express his views.